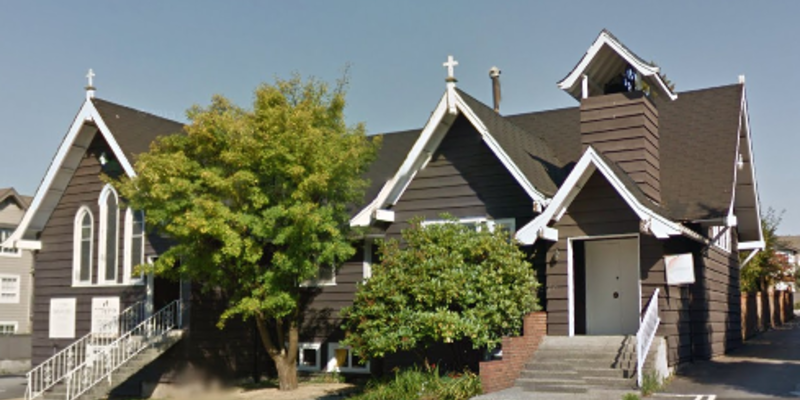 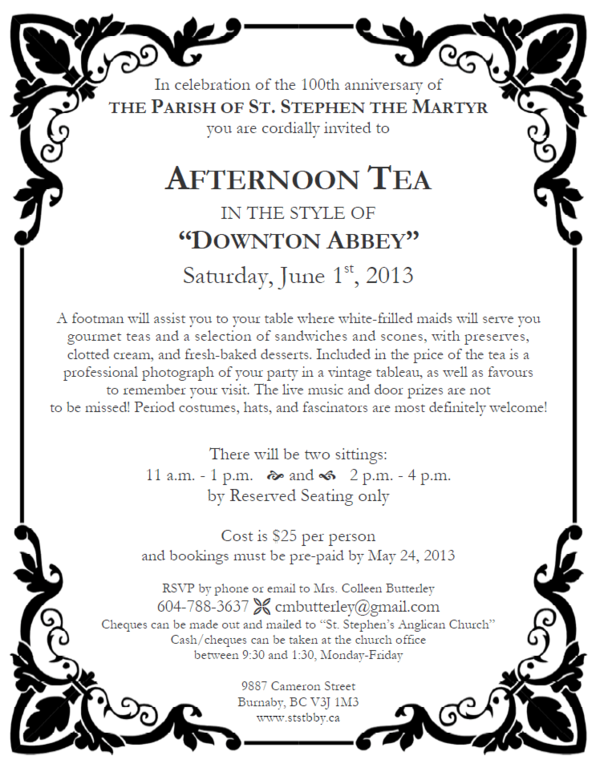 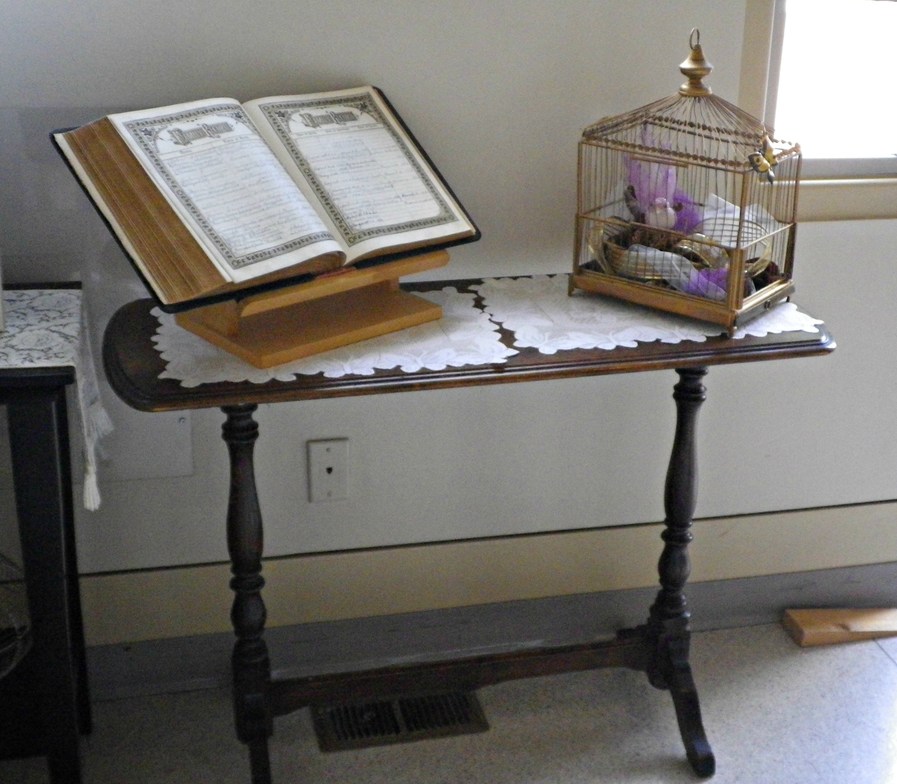 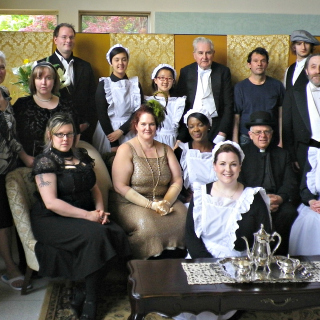 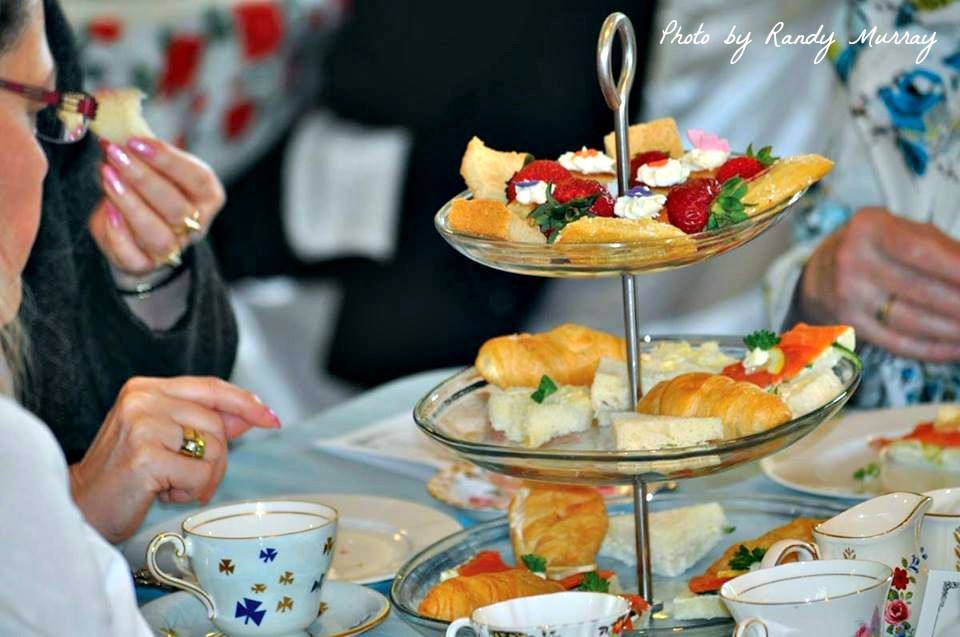 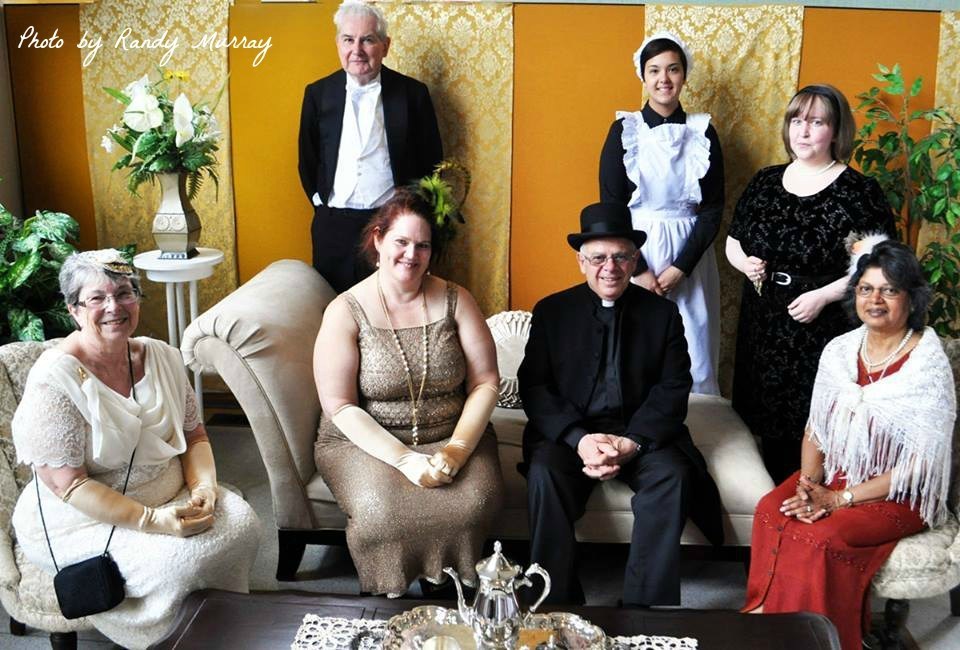 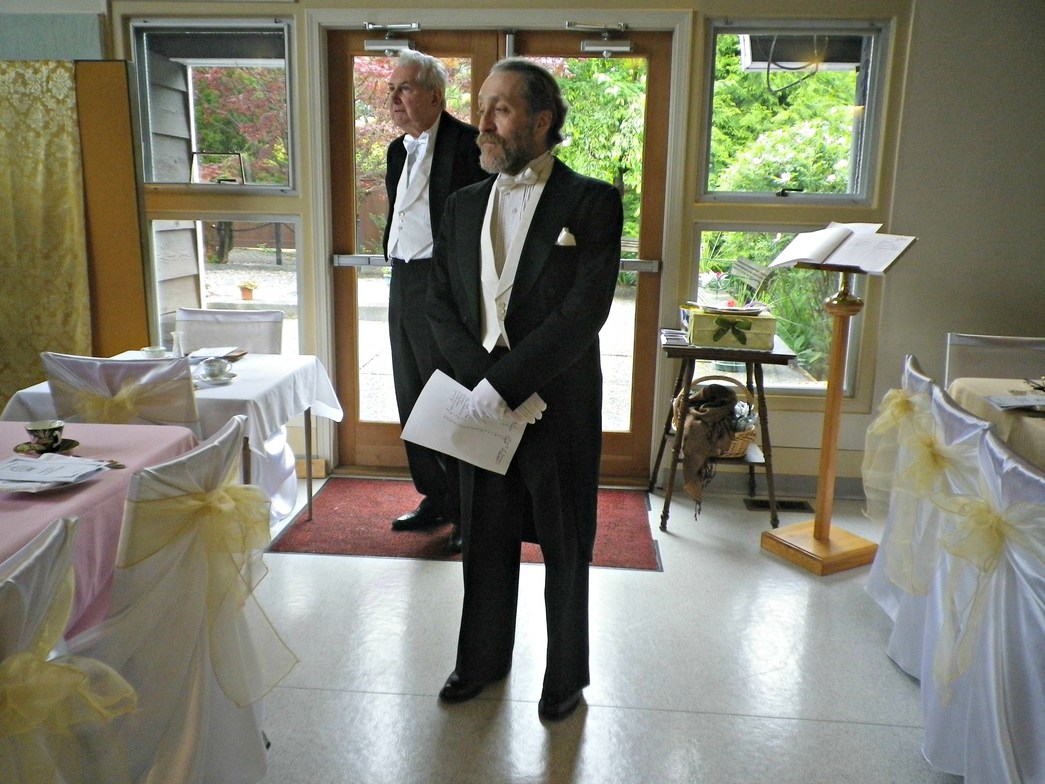 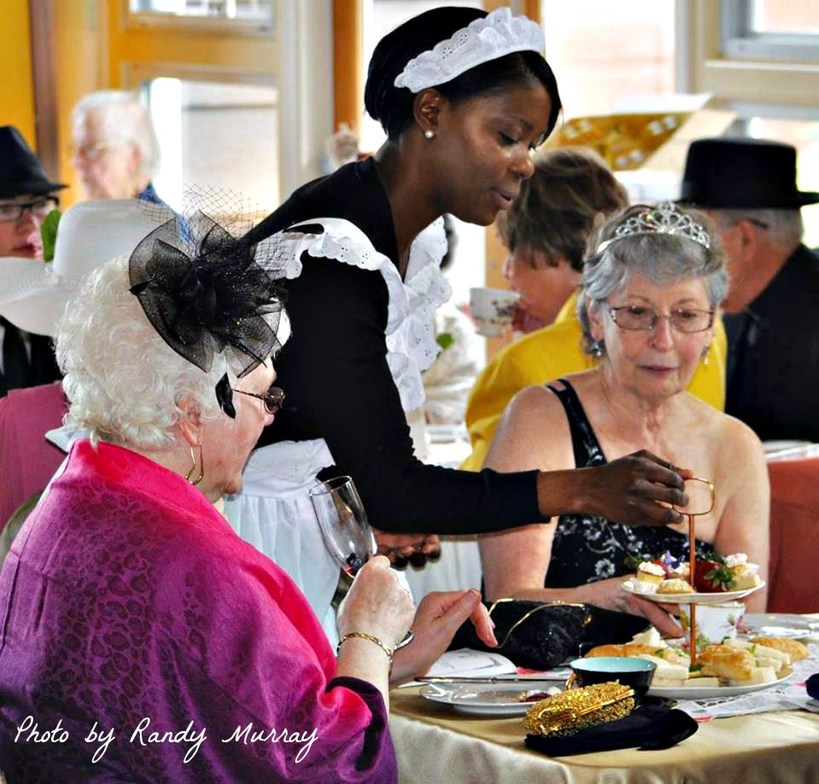 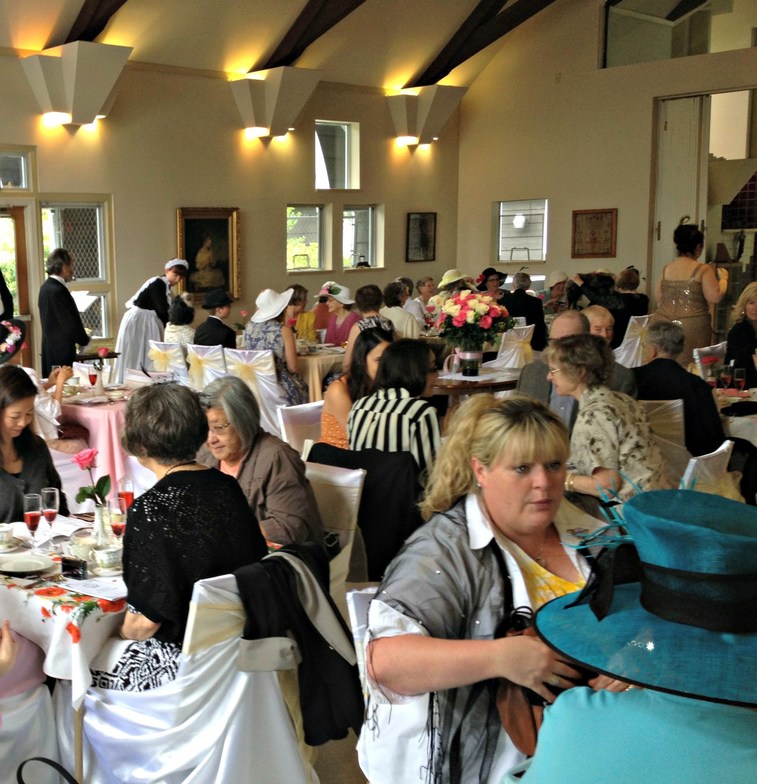 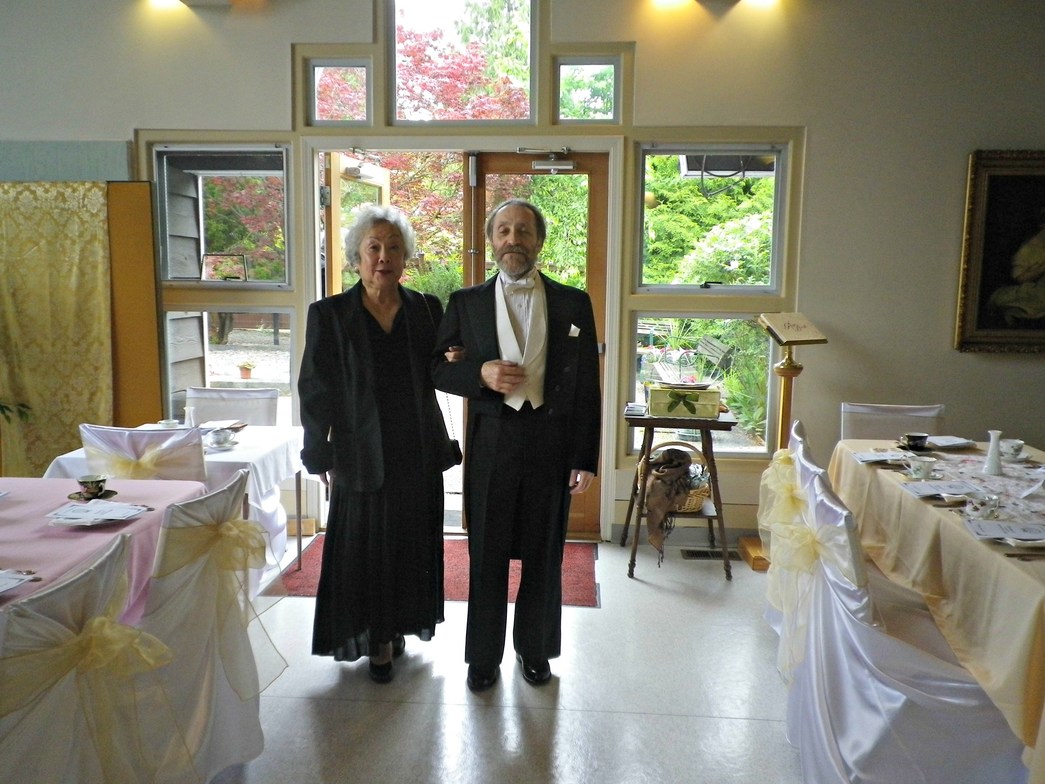 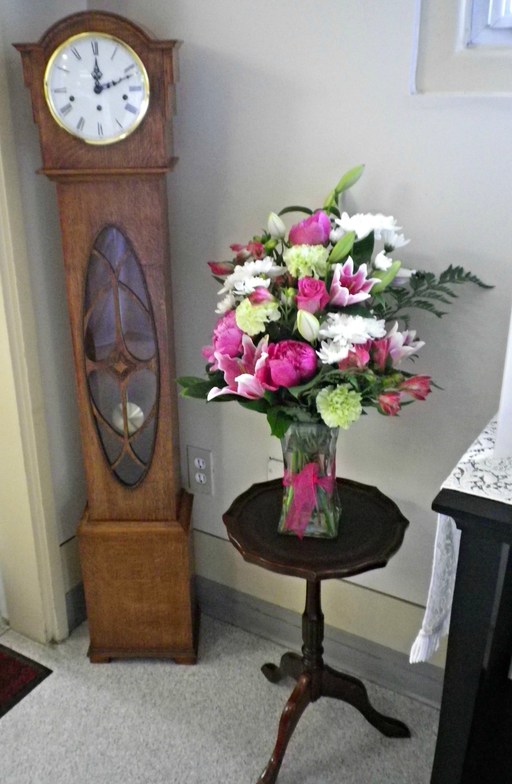 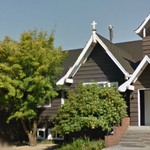 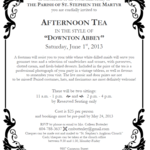 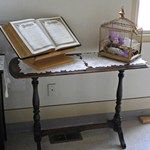 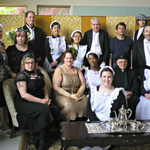 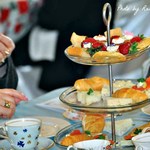 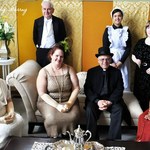 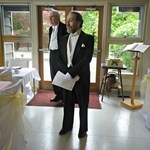 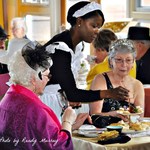 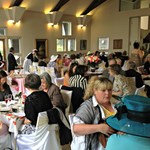 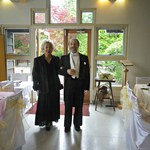 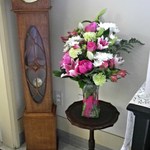 Located on Cameron Street, near the junction with North Road, the Anglican Parish of St Stephen the Martyr has been in existence on its present site since 1913.

In the years around the turn of the 20th century the residents of Burquitlam (covering Burnaby and Coquitlam) frequently walked along the North Road to attend church at St. Mary’s Sapperton, or even Holy Trinity Cathedral in New Westminster. The more fortunate ones would ride in a buggy or democrat. For some years the people in Burquitlam felt the need for a church closer to home.

That desire and commitment led a small group of people, in 1910, to begin worshipping in the Wiltshire family farmhouse (later known as “The Seven Gables”) located near Sullivan Street and North Road. The Reverend F. V. Venables was the first officiating priest. As the parish grew, it felt the necessity to move to the “Little Red Schoolhouse,” Blue Mountain School which, at that time, sat on the opposite side of North Road from Sullivan Street. The school was used as a place of worship from 1911 until St Stephen’s was completed in 1913 on the land deeded in 1904 to the Diocese for this purpose. The land was donated by Mr. Alexander Easson Evans, a local farmer. A provision of giving the land to the Diocese of New Westminster was that a portion of the land be set aside for a burial plot for Mr. Evans, his wife Ethel, and their two children. Mr. Evans also set up a trust fund of $200 to pay for the perpetual care of the grave plot.

The dedication service was officiated by Bishop de Pencier on September 28, 1913.

The building was erected by Messrs. Shaw, Philps, & Baker. The main body of the Church was 54 feet 6 inches long, and 24 feet wide, with an entrance hall at the west end of the south wall and at the other end, on the south side, a Vestry, measuring 6 x 9 feet. The floor was edge-grain fir, and the walls were of upright cedar boards, to a height of 4 feet 6 inches, with plaster above to the rafters.

The Church contained 17 pews, facing east, each 8 feet long, and capable of seating 5 adults comfortably. The total seating capacity was 85 persons. The first riser leading to the Chancel contained the organ and 5 choir pews, with seating capacity of 20 persons. The second riser was at the Communion Rail. The Altar was at the east end of the Church and the Pulpit at the left hand of the congregation.

The bell was rung for the first time at 8:00 am on September 4, 1914, and electric lights used first at the 7:00 am service on September 27, 1914. In 1931, using volunteer labour, the main body of a Parish Hall was built. A stage and kitchen followed three or four years later. In 1936 a coal and wood furnace was installed under the Church to take the place of the upstairs heater.

The Church served the community well for many years, but, by 1958, was obviously too small to accommodate the parishioners. In that year the Church was enlarged by 26 feet 6 inches, making it 81 feet in length, the width remaining the same. The Pulpit and Sanctuary were moved to the opposite end of the Church, and the entrance provided at the east end to lessen the number of steps required. Blacktop was laid in front of the Church. The total cost of reconstruction and extension of the Church was about $33,000.00.

The Sunday School grew from a start of 8 children (1913) to a total of several hundred at the end of June 1963. Changes in residential zoning may have contributed to the continuing decline in Sunday School attendance from 118 (1972) to 25 in 1987. This necessitated the institution of a family Eucharist at 9:00 am to take the place of Sunday School.

By the late 1970s, a significant renovation of the Parish Hall was the obvious next step in caring for the church’s buildings. In 1981 a Building Fund was set up with the intention of raising funds over five years to build a new Hall. However, on April 1st, 1982, the Parish Hall was torched by an arsonist. It had to be demolished and rebuilt. The new larger, more useful Hall also incorporated a Memorial Garden around the grave site, with plaques to remind us of the departed loved ones whose ashes have been scattered there. The Fellowship Room was planned as a comfortable meeting room, with a fireplace under the beautiful stained glass window that had come from St. Mark’s Church in Preston, Lancashire, England. Archbishop Douglas Hambidge dedicated the new Hall to the Glory of God in September, 1984.

The parish continues to dedicate significant time, energy, and resources to maintain the physical church building. It is our pleasure to share that space with Three Bears Daycare, East Burnaby Family Place, Donghang Church, Foster Community Church, and a number of community groups (including many AA meetings). We believe sharing our space with our neighbours is an important part of our ministry to northeast Burnaby and Burquitlam.

There have been significant changes in our neighbourhood since it was a famer’s field in 1913 and we look forward to continuing change as the City of Lougheed develops. The history of the Parish of St Stephen the Martyr is, in large measure, the story of its people. While our lifestyles have changed considerably, our fundamental beliefs have changed very little. We continue to be the “Church on the Hill” offering a haven of peace and sanctity, a place of connection and care, a community of sinners and saints seeking and sharing God’s love.

“Come as living stones, and let yourselves be used in building the spiritual temple, where you will serve as holy priests to offer spiritual and acceptable sacrifices to God through Jesus Christ.” 2 Peter 2:5